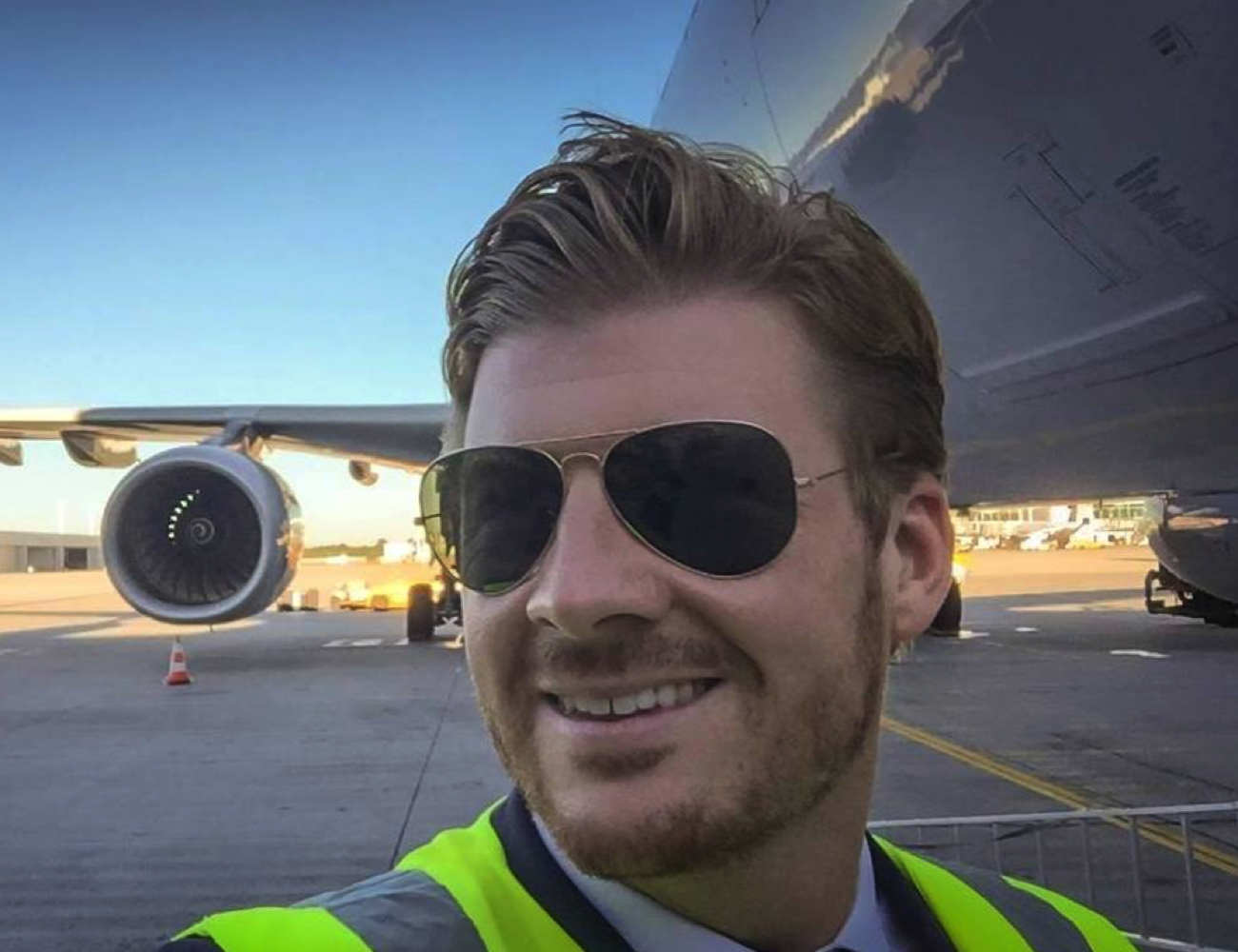 Ricky Darlington is a pilot for Lufthansa, flying Airbus 333, 346 and 359 aircraft in long-haul service. He is 35 years old and lives in Stockholm, Sweden though he is based in Munich which makes for quite a commute. He is married with two children aged seven and four.

Q: Was becoming pilot your dream? How has your family supported you in pursuing this career?

Darlington: It was never a dream. I studied to be an economist. My dream was actually to become a sea captain. I had a romantic picture of me standing with a tobacco-stuffed pipe travelling the world. But I then realised that it was an inefficient way to see the world.

My interest in flying grew after my military service in Sweden, where I got in contact with aviation professionals. I first intended to become an air traffic controller. But, in the end, I preferred the pilot career.

My wife—then my girlfriend—was pretty reluctant, knowing what it could mean for family life. But after a while, luckily, she approved. My family supported the idea all the time.

Q: Tell us about your career starting off as a pilot.

Darlington: I had the luck and privilege to attend the Lund University School of Aviation—a university program sponsored by the government (or the taxpayers). This meant that I didn’t have to pay a large sum of money to become a pilot, and didn’t have any financial pressure after the pilot studies.

I actually continued studying economics after I finished pilot school. It was hard, however, to find pilot jobs in Sweden—one airline would have hired me if I worked for free and also prepared the sandwiches before every flight—so I applied to other airlines in Europe.

Finally, after some successful applications, I had the possibility to choose between Lufthansa and easyJet. I chose Lufthansa, because of the various opportunities the airline offered to fly long-haul, short-haul, or cargo, etc.

Q: Compared to other careers, being a pilot is a tough job. Why did you select this profession?

Darlington: I guess I just wanted to do something special back then, something else than being in an office from 9-5 wearing a suit. As my passion for flying grew, it was clear to me that it was worth all the effort to become a pilot. It’s funny, but I’ve met a lot of pilots who began with a different career—like doctors, bankers, etc.—which they gave up to fly. Except for one guy, I know. He’s a pilot and also works as a plastic surgeon.

Q: Are there any memorable moments of your training to become a pilot that you’d like to share?

Darlington: I’m glad that I landed on the historical Tempelhof Airport before it closed, especially since I later lived in Berlin for 8 years, working for Germanwings and Lufthansa.

It was during our IFR (Instrument Flight Rules) phase, and we flew all across Europe, from southern Sweden to Toulouse to check out the first A380 which was still being built.

We flew the twin-engine Piper PA31 Navajo. Actually, my best friend had an engine failure, just after he started after me from Tempelhof, and was looking for a park in which to land. Luckily, the engine re-ignited and he was able to do a traffic circuit and land again.

Q: How did you feel when you finally earned your license as a pilot?

Darlington: As I said before my wife didn’t really like the idea of my becoming a pilot, and neither did her best friend, with whom we lived back then. I had made up my mind, though. One day, when I came home, the tunes of the Top Gun anthem were coming from the living room. It turned out that they had finally accepted my choice and threw me a great aviation surprise party. They were dressed up as aircraft mechanics. It nearly made me cry.

Q: What do you think are the qualities required to become a good pilot?


Darlington: You need the discipline to stay focused. You need to be mentally prepared and up to date, even though the job, basically, as long as nothing goes wrong, is fairly easy.

Q: What are your future goals?

Darlington: Well, it would be nice to get some use of my economics degree. I’d love to be able to sell some photos someday, which I take all over the world.

After my conversation with Pilot Ricky I can say that I learned from him: If you genuinely want something, don’t wait for it—go for it! 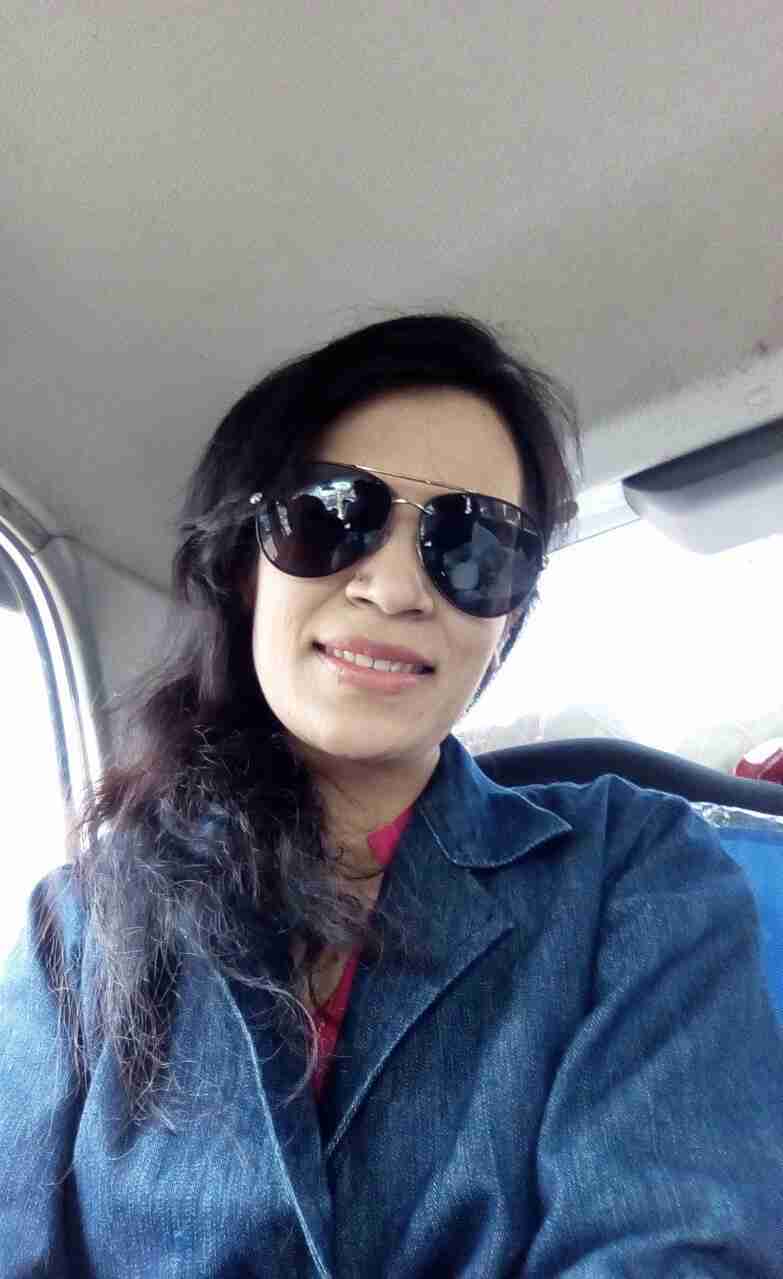