Year to date traffic at Dubai Airport (DXB) reached 30,119,542 compared to 27,926,958 passengers during the corresponding period last year, an increase of 7.8 percent. The airport reports robust growth over the past four months.

New US travel policies, including the electronics ban, have eaten away at Emirates’ historic profitability, but the airline’s Dubai Hub is proving resilient.

“The growth at DXB has been very satisfying in the first four months of the year, and with the Islamic festival of Eid Al Fitr coinciding with start of the summer holidays next month, we are confident the numbers will boost our performance in the first half,” said Paul Griffiths, CEO of Dubai Airports.

During April, the average number of passengers per movement was 225, an increase of 7.1 percent compared to 210 recorded during the same month in 2016.

*Figures have been restated due to data validation exercise and/or update in methodology. 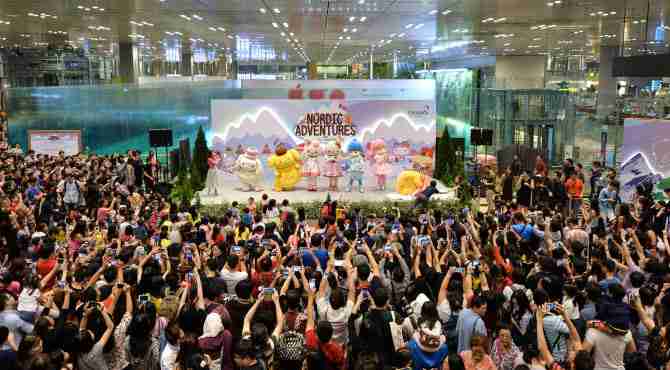 Travellers Share How Love Makes Their World Go Round