The Great Prayer Day and Ascension Day public holidays are reflected in the traffic figures for May, which saw record passenger numbers of just under 2.6 million, boosted by continuing growth in long-haul routes. Meanwhile, building and expansion work at the airport is ongoing.

“Traditionally, it’s a little bit busier when Danes have the time to travel over a long weekend,” says Copenhagen Airport’s CEO, Thomas Woldbye. “This year, many of them also decided to take some extra days off and fly farther on holiday. We can see that the number of travellers on the long-haul intercontinental routes has increased by 10.9% compared to May last year.”

Travel to destinations outside Europe accounts for much of the growth.

CPH expects that growth to continue. On 30 May, Air India announced that it will be starting up a route between Delhi and Copenhagen on 16 September with three weekly departures. That will give Copenhagen Airport 35 direct intercontinental routes.

“The increasing desire to travel and the growth in passenger numbers are the reasons why, over a number of years, we’re expanding the airport at a cost of around DKK 1.3 billion a year,” says Thomas Woldbye.

The airport is also building more stands for aircraft as well as a brand-new Pier E chiefly for large intercontinental aircraft. 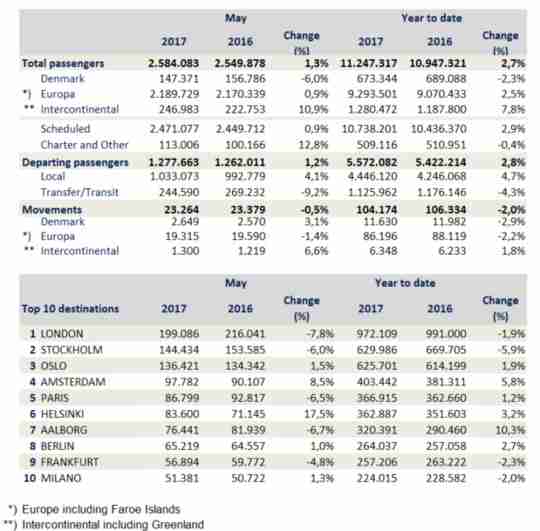