Passenger traffic up by 8.2% at Europe’s airports in May

European airport trade association, ACI EUROPE has released its traffic report for May 2017 – the latest indication of airport traffic performance in Europe.

Passenger traffic kept growing strongly in May, with an average increase across geographical Europe of +8.2%, compared to the same month last year. Both the EU and non-EU markets fueled the dynamic, with passenger traffic increasing respectively by +7.7% and +9.9%.

In the non-EU bloc, Russian airports led the dynamic in passenger traffic along with airports in Iceland, Georgia, Ukraine and Moldova. Turkey’s airports reported a mixed yet gradually improving performance, primarily attributable to the recovery of the Turkish tourism sector – and in particular the return of Russian tourists.

Amongst the top 20 European airports, Antalya (+36.5%), Moscow-Domodedovo (+19.1%) and Moscow-Sheremetyevo (+17.2%) registered the highest increase in passenger traffic.

Freight traffic posted an impressive monthly performance at +12.2% on the back of improved economic conditions globally and a rebound in international trade. Aircraft movements were up by +4.2%, mostly aligned with previous months and reflecting solid airline capacity expansion driven by Low-Cost Carriers.

The airports which reported the highest increases in passenger traffic during May 2017 (compared with May 2016) are as follows:

ACI EUROPE Airport Traffic Reports are unique in that they are the only ones to include all types of airline passenger flights to, from and within Europe: full service, low cost, charter and others. 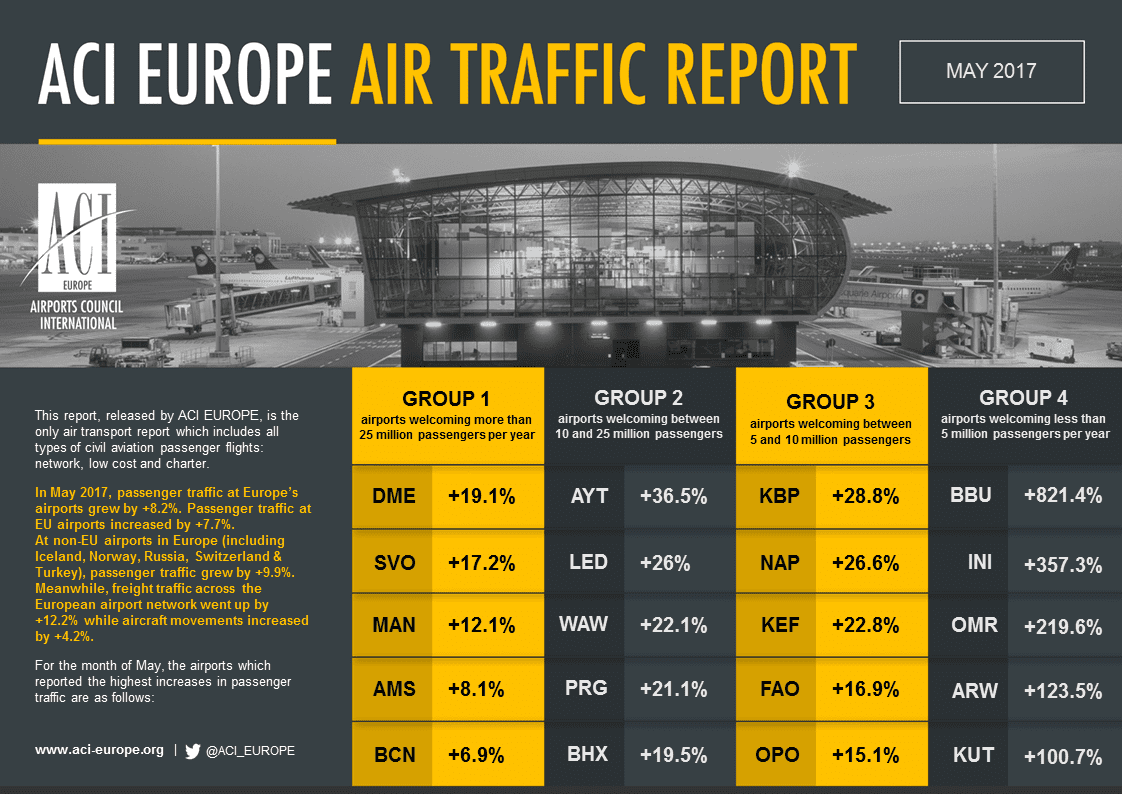 The full report can be accessed here: