Copenhagen Airport reports it is on track for growth with a good start to the year, but the looming threat of regulation may hinder expansion strategy.

In all, 14 million passengers travelled through Copenhagen Airport during the first half of 2017, up 2.3% on 216, with long-haul intercontinental routes performing well.

“In 2016, for the first time, there were days when more than 100,000 passengers passed through Copenhagen Airport. More than 30 such days are expected in 2017,” says Thomas Woldbye, CEO of Copenhagen Airports A/S. “Danes are travelling more frequently, and Denmark has become an attractive destination for many tourists, particularly from southern Europe. We seek to continue this development with Expanding CPH, our plan to expand the airport to be able to accommodate more than 40 million passengers a year.

Woldye says that the growth in passenger numbers generally reflects higher load factors on flights for airlines which fly to/from Copenhagen Airport. The percentage of seats sold on aircraft flying from CPH has risen to 74.5% compared to 71.8% in the first half of 2016, on average.

Over the last three years from 2014 to 2016, Copenhagen Airport has experienced average annual passenger growth of 6.4%, compared to 4.9% at Stockholm Arlanda and 3.1% at Oslo Airport, Gardermoen.

In recent years, Copenhagen Airport has been able to increase both the number of destinations served and the number of weekly departures.

The number of weekly intercontinental departures from Copenhagen Airport has increased from 102 in 2012 to 134 in 2016, up more than 31%. In the same period, there was a 36% increase in the number of destinations served, from 25 to 34.

In the first half of 2017, the number of passengers on intercontinental routes was up 7.8%, which Thomas Woldbye says underlines the underlying latent potential for more passengers on long-haul routes:

“We’re working purposefully to expand the number of intercontinental routes, and in May were able to announce that Air India will start direct flights between Copenhagen and Delhi from September. There has long been a demand for this route from the Danish business community, and we’ve devoted significant resources over the last eight years to making this happen,” he says.

Woldbye points to an analysis by DAMVAD Analytics showing that the route between Copenhagen and Delhi alone will contribute more than DKK 250 million to Denmark’s economy. Routes create growth and jobs. The consulting company DAMVAD Analytics has calculated that growth at Copenhagen Airport in the period 2005 to 2015 boosted Denmark’s gross domestic product (GDP) by approximately DKK 31 billion.

New routes opened from Copenhagen airport in the first half of 2017—some to new destinations—including Oakland, CA; Valencia and Turin. Others were new airline services to existing destinations. For example, SAS opened new routes to the Faroe Islands and Riga.

Half-year results in line with expectations

The growth in passenger numbers meant that Copenhagen Airports A/S achieved a satisfactory half-year result, with revenue up 1.8%.

From 1 April 2017 and further to a new operator agreement with Nordic Choice, the hotel operation has been recognised on a net basis. Excluding this effect, underlying revenue grew by 4.3%.

CPH has a sustained focus on efficiency improvements, which has once again seen it named “Europe’s most efficient airport“, an annual accolade awarded by leading international researchers and aviation experts in the Air Transport Research Society (ATRS). This is the 12th time in 14 years that Copenhagen Airport has been awarded this prize.

On this basis, Copenhagen Airports A/S is maintaining its 2017 outlook for profit before tax, excluding one-off items, in the range of DKK 1,600-1,700 million.

Copenhagen Airports A/S invested DKK 1.1 billion in 2016. The high investment level has been maintained in 2017, with several major investment projects being launched at the start of the year.

Construction of a new Pier E started in January. The first phase of building work is expected to be finished in 2019, providing seven new gates, including for the largest wide-body aircraft.

Work also began on the expansion of Terminal 2, which is the busiest part of the airport. This project will double its total area, providing larger passenger flow areas as well as new amenities for passengers. The expansion of the central security checkpoint is expected to be finished by the end of the year.

“In recent years, we’ve invested more than DKK 1 billion a year in expanding and developing the airport. This is an important part of Expanding CPH, which we hope will enable the airport to handle 40 million passengers a year. The growth we’ve experienced in the last few years has prompted us to increase the investment level further this year,” says Thomas Woldbye.

In November 2015, as part of the initiative “Growth and development in all parts of Denmark”, the government started drawing up Denmark’s first national aviation strategy. As notified in the stock exchange announcements of 3 and 5 July 2017, the proposed changes may have a significant negative impact on the airport’s business plans, finances and strategy.

CPH says it will review the business model and strategy in light of the proposed regulatory changes. In particular, CPH will have to re-evaluate the investment plan and financing. According to CPH, the concrete regulation now in open consultation will not lead to the desired effects in the strategy with regard to growth, accessibility and job creation. 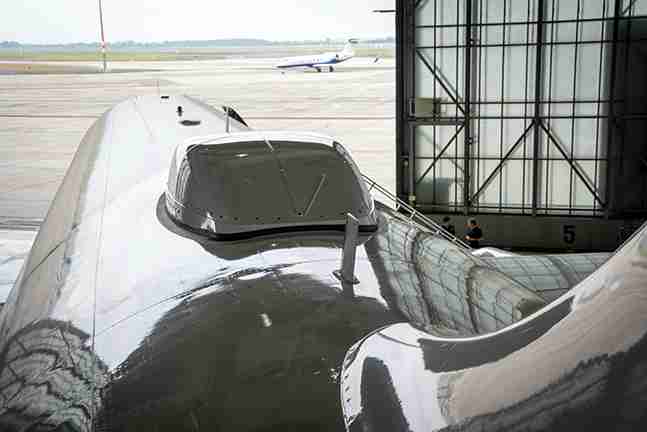