Qantas has set a new record for non-stop flight as QF9 has landed at Heathrow International Airport.

This flight marks the start of the only direct non-stop flights between Australia and the UK. 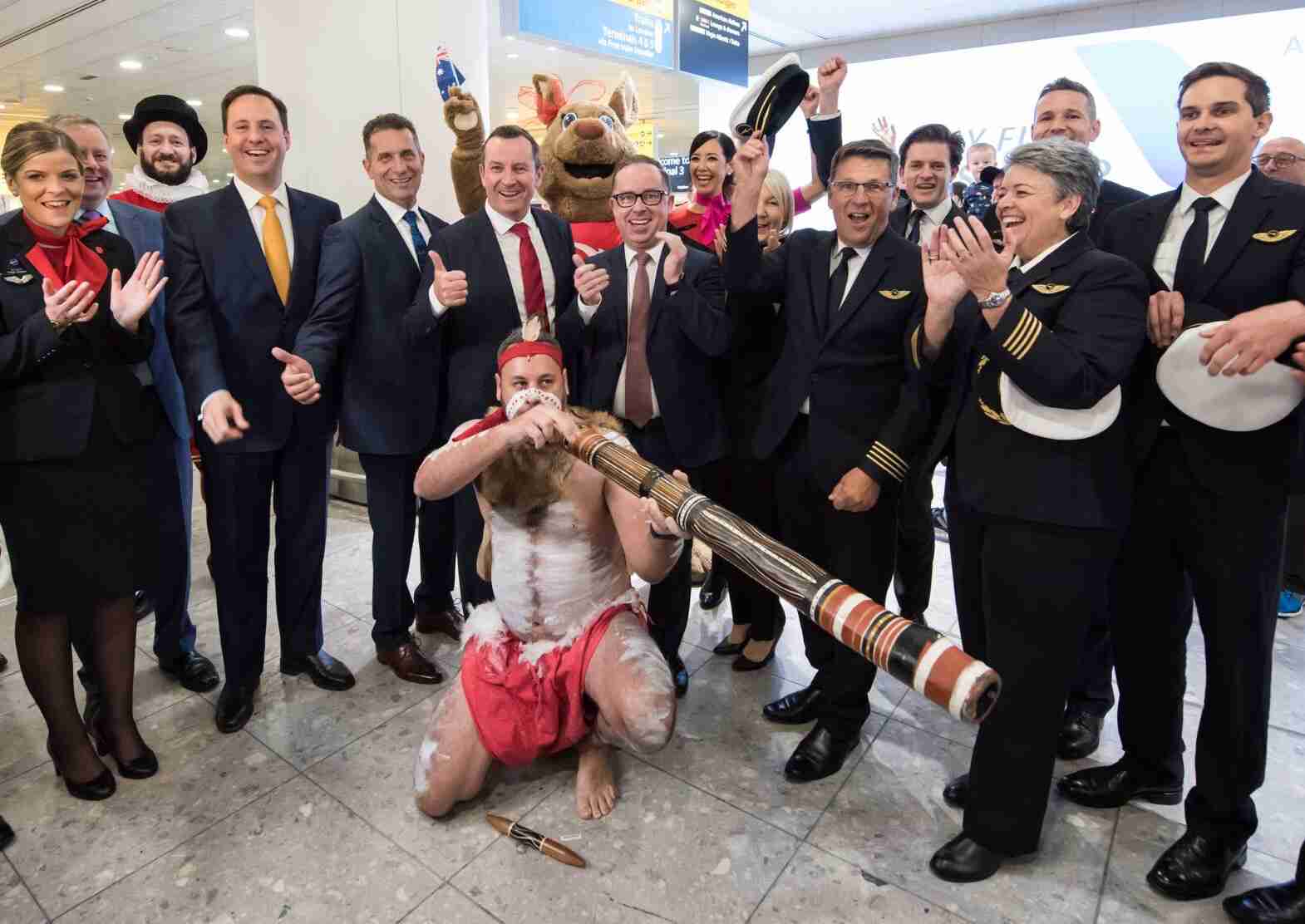 The historic flight was operated by a Boeing 787-9 Dreamliner, and carried more than 200 passengers and 16 crew.

It touched down shortly after 5am (local time) after a 17 hour flight from Perth.

The historic flight opens up a new era of travel with the original seven stop Kangaroo route from 1947 being reduced to one giant hop.

Qantas shared historic images of the original Kangaroo route as it grew up to make such bold jumps. They help to highlight how cabin services have improved over the decades.

This is an original 1948 menu from the Kangaroo route service.

Qantas Super Constellations were capable of carrying 64 passengers, in a two-class configuration, First and Tourist.

An interior shot of the cabin of the Lockheed Constellation:

The Qantas Kangaroo in London 1948:

The Kangaroo Route Then and Now

On 27 October 1959, Qantas introduced the B707 jets on the Kangaroo route between Australia and London. 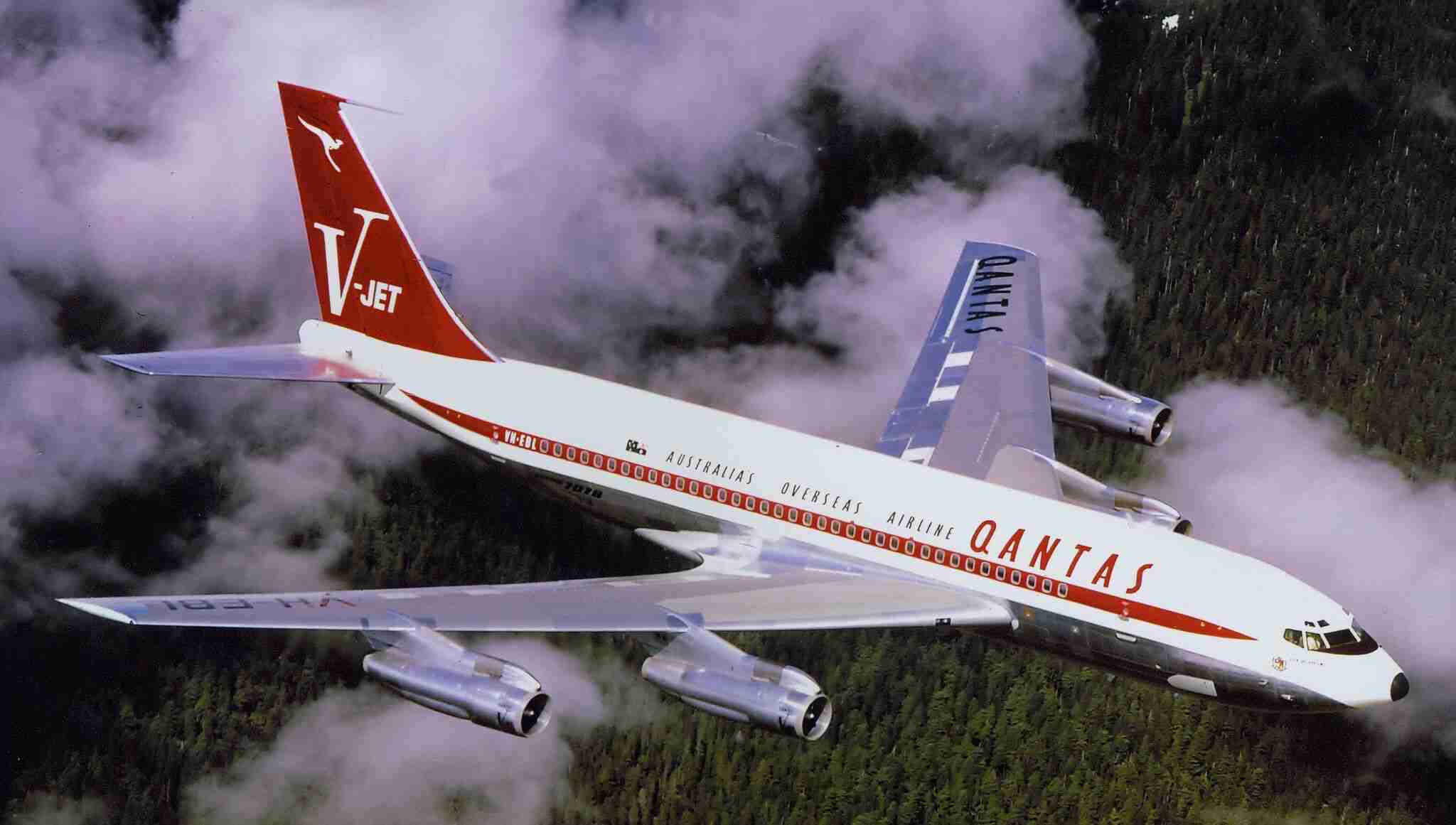 A promotional brochure of the time boasts: “There is little or no vibration in a 707 cruising at an effortless 550 mph and noise is reduced to a minimum. “Air travellers can quickly appreciate these advantages. Conversation with fellow passengers is easy; food and drinks no longer have to be balanced precariously; babies sleep undisturbed – and the whole atmosphere is pleasant and restful.”

The brochure also claims: “A typical itinerary of a 707 passenger could read….breakfast in London; luncheon in New York; supper in San Francisco. In fact, with the crossing of the international date line, it’s quite possible to fly from Sunday into Monday and back to Sunday again!”

The early B707s could accommodate 24 First Class and 60 Tourist Class seats or 120 in an all-tourist class configuration.

Qantas added a distinctly Australian flavour inside the B707 cabins – wall panels were patterned with exquisitely-drawn Australian wildflowers.Dome-shaped aisle lights could be controlled in colour to parallel the natural light outside – from white daylight through rosy dawn, sunset or deep velvet-blue. The lights were studded with a star pattern “representative of a portion of the sky over Sydney at 8pm in June!”

Dome-shaped aisle lights could be controlled in colour to parallel the natural light outside – from white daylight through rosy dawn, sunset or deep velvet-blue. The lights were studded with a star pattern “representative of a portion of the sky over Sydney at 8pm in June!”

The B707 offered “twice the window area; at least two windows to every row of seats, allowing even the aisle passenger a window view of their own. Neat shades replaced curtains to diffuse light.”

Twin galleys were a big feature on Qantas 707s starting in 1959 – each was larger than previous aircraft types – and could produce 84 individual meal servings of traditional Qantas standard.

Other innovations included “a coffee maker which produces 12 cups of coffee every three minutes and a food trolley which makes the serving of meals much easier, allowing cabin staff more time for the distinctive personal service which has won them fame throughout the world.”

Qantas Fleet Changes Through the Years 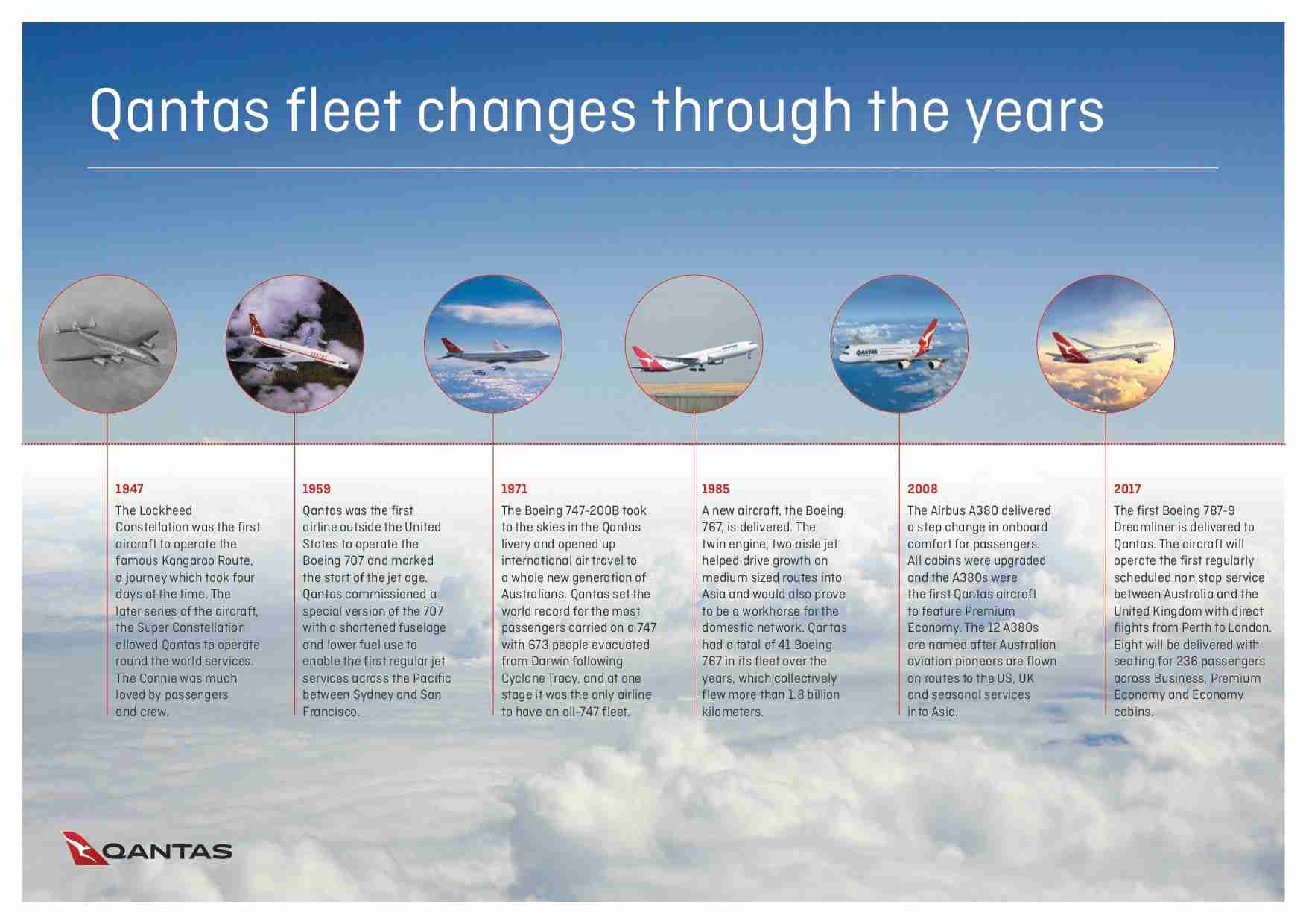 Qantas’ 747 Service, introduced in 1971, featured the Captain Cook Lounge onboard. 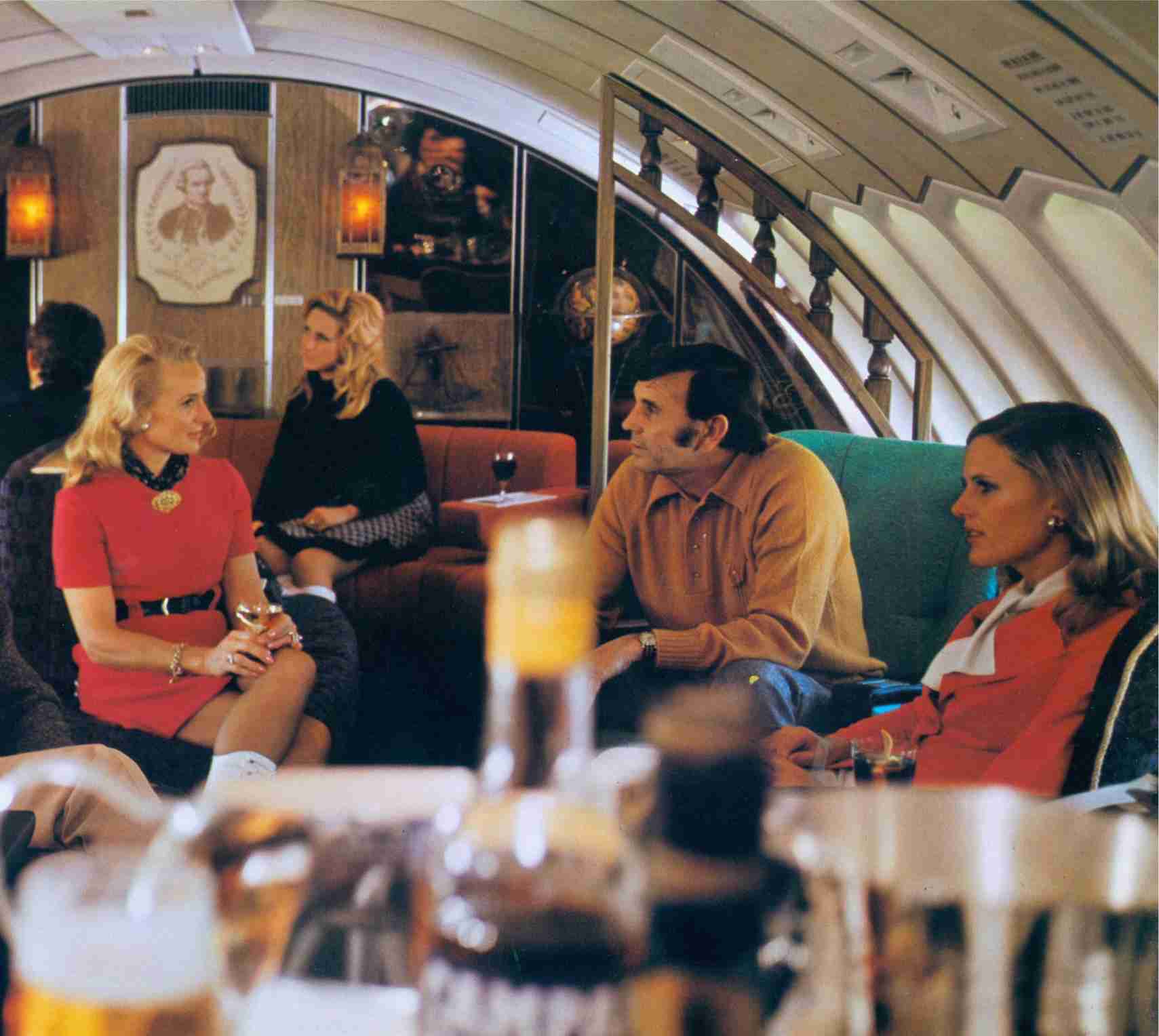 Here’s a peek inside the Boeing Dreamliner that served today’s historic flight: 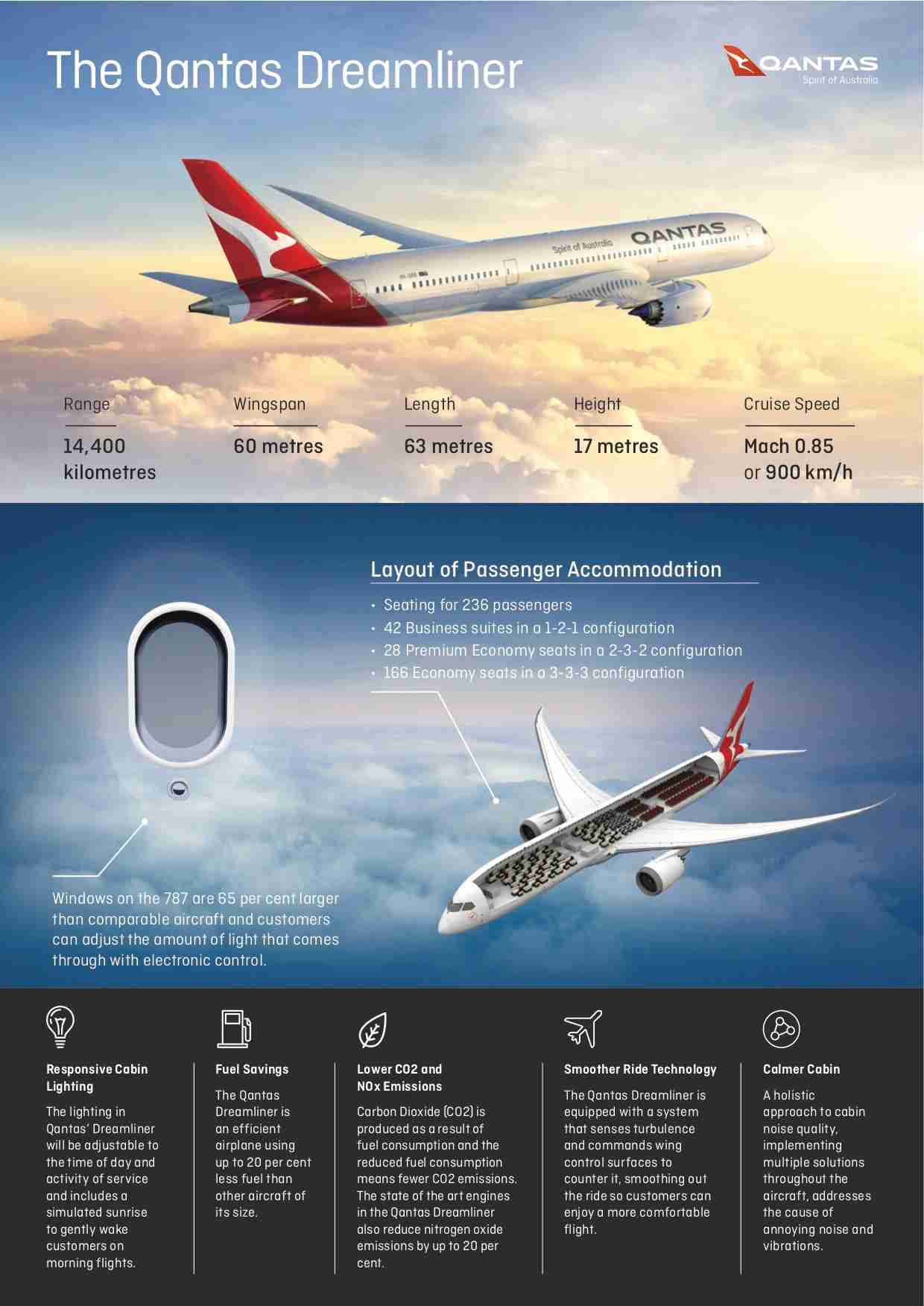 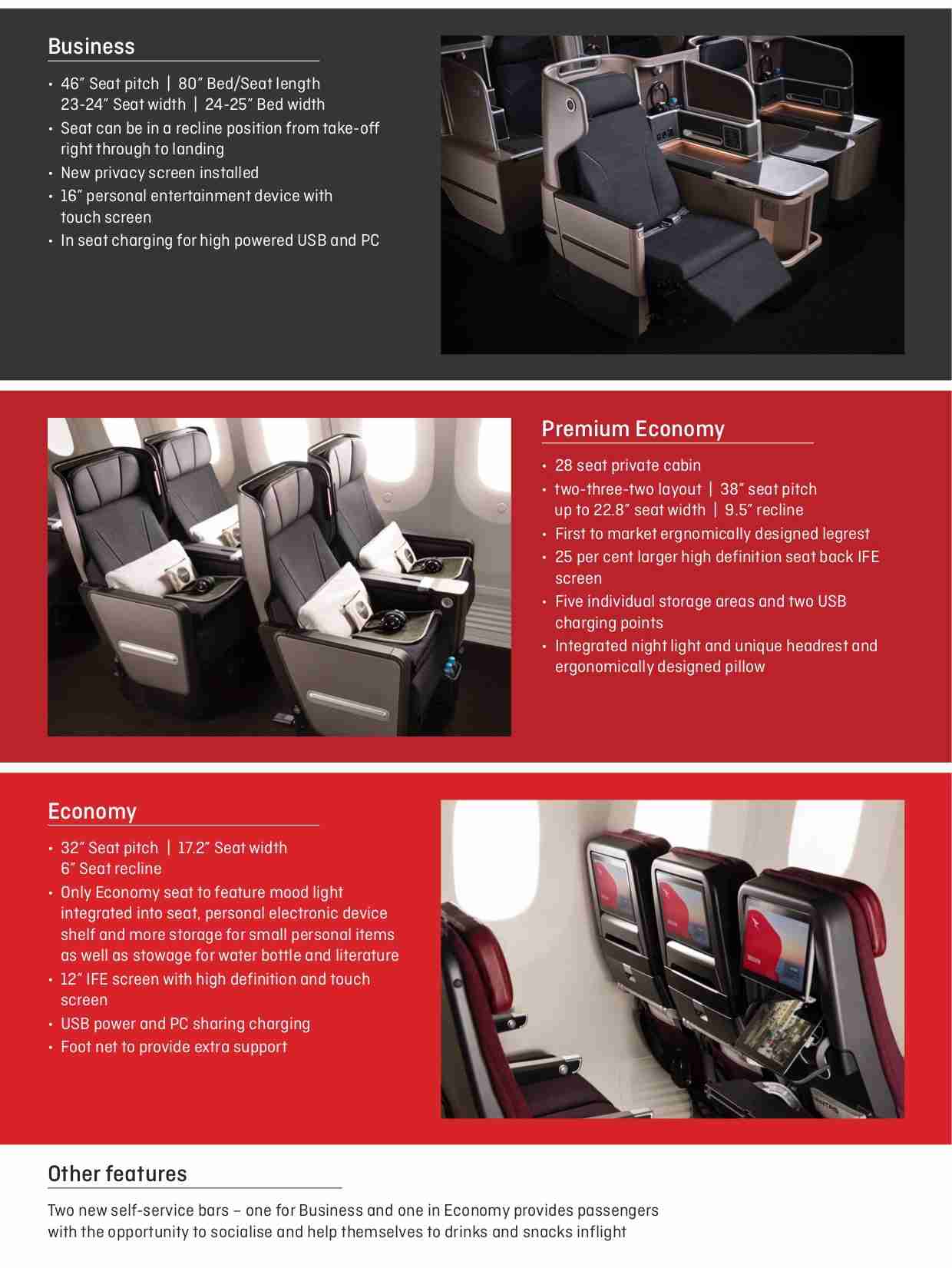