Customers flying within the UK on flights operated by British Airways will have the carbon emissions from their flights offset by the airline and invested in verified carbon reduction projects around the world. These will include projects such as renewable energy, protection of rainforests and reforestation programmes.

Customers flying beyond the UK can reduce their impact on the environment by using British Airways’ carbon offsetting tool. The tool enables customers to calculate their emissions and make their flight carbon neutral by choosing from the highest quality, verified carbon reduction projects in Peru, Sudan and Cambodia through its partnership with not-for-profit charity Pure Leapfrog.

Using the tool, a customer will pay around £1 to offset a return flight from London to Madrid, travelling in economy, while from London to New York in business class will cost around £15.

Customers can find a link to the carbon calculator at: https://www.pureleapfrog.org/ba/carbon_zero

A long-term investment in sustainability

British Airways has committed to achieving net-zero carbon emissions by 2050 through a range of initiatives, including offsetting emissions on all flights within the UK, flying more fuel-efficient aircraft, investing in sustainable aviation fuel and changing operating procedures, in addition to working with stakeholders and governments to strengthen global climate policy. The airline and its parent company, IAG will invest a total of $400m on alternative sustainable fuel development over the next 20 years.

Alex Cruz, British Airways’ Chairman and Chief Executive, said: “We know that air travel continues to grow, but we also know that our future has to be sustainable. Solving the complex issue of climate change requires a multifaceted response, and offsetting emissions on all flights within the UK is just one step that we are adopting to reduce our environmental impact while more solutions to decarbonise are found. Our emissions reductions projects are carefully chosen to ensure they are proven and deliver real carbon emissions reductions as well as economic, social and environmental benefits. ​

“We continue to invest heavily in new aircraft that are 25% to 40% more fuel-efficient than the aircraft they replace. We are also leading the way in the development of sustainable aviation fuel and have signed a partnership with renewable fuels company Velocys, to build a plant which will convert household and commercial waste into renewable sustainable jet fuel to power our fleet, a first for the UK and the first time an airline has done this in Europe.”

Since the introduction of EU emissions reduction regulations (known as the European Union Emissions Trading System or ETS) in 2012, British Airways has reduced emissions on intra-European flights by more than eight million tonnes – around 40% on every flight.

All the airline’s offset calculations take account of the emission reductions made through the EU ETS legislation by subtracting them from the total. This means that intra-European flights have lower residual emissions remaining to be offset because those flights have already been subject to government legislation to reduce emissions.

In addition, British Airways’ carbon emissions on international flights will be capped at 2020 levels through the United Nations’ worldwide carbon pricing scheme called CORSIA, (Carbon Offsetting and Reduction Scheme for International Aviation). Along with other airlines participating in CORSIA, British Airways will reduce its emissions by investing in a diverse range of projects around the world. CORSIA aims to reduce aviation’s emissions by 2.5 billion tonnes of CO2 from 2020 – 2035.

British Airways is also investing £6.5bn for customers over the next five years, including a significant investment in new aircraft which are up to 40% more fuel-efficient than the aircraft they replace. The airline is currently operating more than 44 of these more efficient aircraft, including 787s, A350s and A320neos, and has a further 73 aircraft on order. 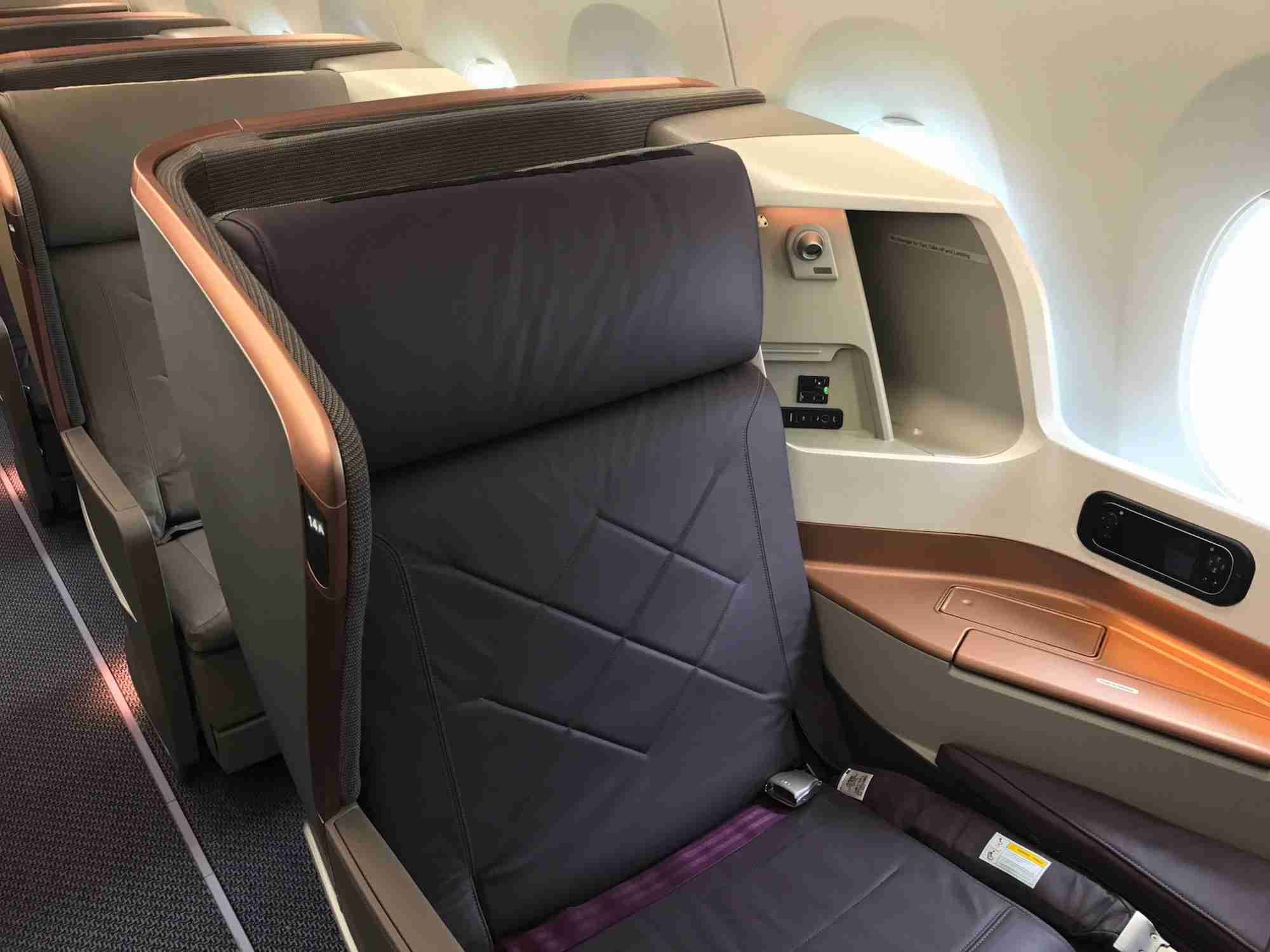